The Internal Audit was established in the year 1984 as an independent department function, operating as a department in the University whose objective is to provide assurance and consulting activity designed to add value and improve University’s operations.

In June 2, 2020 the department was restructured and an Examination Office was establishment.

This was guided by the Public Finance Management Act Regulation 162(2) that expects an Accounting Officer to ensure that the organizational structure of the Internal Audit unit facilitates among others:-

(a) The entity to accomplish its Internal Audit responsibilities;

(b) The Internal Auditor with sufficient authority to promote independence and to ensure broad audit coverage and adequate consideration of Internal Audit reports;

(c) The Internal Auditor to be independent of the programs, operations and activities he or she audits to ensure the impartiality and credibility of the Internal Audit work undertaken.

This was also guided by the Chancellor’s Visitation Panel whereby in the committee report dated August 2018, the Internal Audit was dedicating a lot of time to pre-audit of transactions, leaving little time for Risk Based audit and Risk Management.  Further, the UEB Committee on workload analysis had noted that the pre-audit system occupied 94% of the Internal Audit working hours.

The Department migrated from Pre-Audit to Post-Audit System and there was creation of an Examination Section in Finance Department as guided by Treasury circular No.21/2003 dated October 7, 2003.

The Internal Audit Department was rebranded resulting to the creation of a new vibrant team and ceased from being decentralized in Colleges to operate centrally in Central Administration. The department role will be limited to carrying out of post audit and will operate in three teams created as follows:

This is an invitation to a webinar scheduled on…

END_OF_DOCUMENT_TOKEN_TO_BE_REPLACED 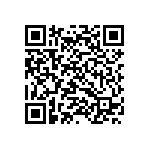