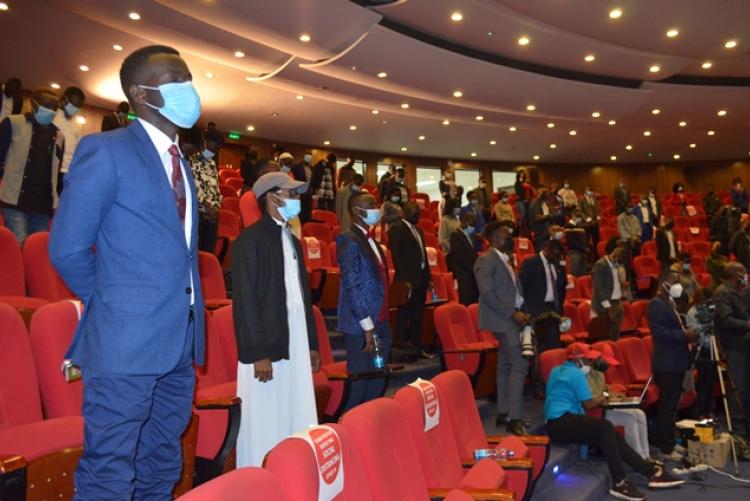 The University of Nairobi hosted a three day convention on youth, peace and elections. This was in partnership with USAID and the Universities & College Student’ Peace Association of Kenya (UCSPAK).

The convention was held in a bid to encourage the youth’s participation in peace building and good governance with the main focus being increased youth participation in the electoral process before, during and after the August 2022 election.

“The role of the youth in promoting peace and stability cannot be ignored, after all they make up a majority of the population not only at the University of Nairobi but also globally, constituting a quarter of the world’s population. They a driving force for change but these changes will not happen overnight.” Were sentiments expressed by University of Nairobi Vice Chancellor, Prof. Stephen Kiama.

The Vice Chancellor was represented by the Dean of Students, Johnson Kinyua. Mr. Kinyua encouraged the youth to maintain a high standard of ethics because they are next generation of leaders.

The Cabinet Secretary, ICT, Joseph echoed the Dean of Students’ wise words by urging the youth to create meaningful partnerships and connections in order to bring up a generational change.

“I call upon the youth to be the ambassadors of peace. Your time is now. Take advantage of your numbers to make difference in our nation. Seek elective offices”.

IEBC’s Acting Director, Voter Education, partnerships and communications, Ms. Amina Soud assured everybody that IEBC was committed to conducting a vigorous voter education exercise. Ms. Soud made it clear that nobody would be left out regardless of their gender, age, creed, religion or tribe. All Kenyans will be reached.

The National Youth Council, CEO, Roy Sasaka vowed to work with the IEBC to ensure that the youth will be included in the IEBC’s voter education exercise.

“We are committed to ensure the youth drive the agenda in the country. We will partner with the IEBC and other donor organizations to encourage the youth to participate in the electoral process.

On his part, Resident Coordinator, United Nations, Dr. Stephen Jackson, noted that the high rate of unemployment among the youth was the reason as to why they were susceptible to manipulation by politicians. He recognized elections as vital to bringing change in the country including electing leaders that would ensure jobs are created and human rights are respected.

“Elections are about the promise of peaceful change”.

The inaugural National Students’ Convention on Youth, Peace and Elections was a major success and it will go a long way in promoting long-term peace in Kenya. The youth present left the convention feeling encouraged, aware of the impact they had in making meaningful change in Kenya and vowing to spread the peace message in their communities.

Going forward, a peace week coinciding with the International Peace Day will be celebrated in institutions of higher learning, youth in the universities will benefit from mediation training and sensitization exercises will be conducted around the country to address political and ethnic divisions in order to promote mutual understanding among different communities.

END_OF_DOCUMENT_TOKEN_TO_BE_REPLACED