The speaker for the day was Prof. Attiya Waris, UoN Director Research, presented a report to the General Assembly late last month on debt architecture. Prof. Waris noted that we have to rethink the debt architecture.

“Different economies over the past two years have collapsed and reemerged, others have woken up and become stronger and yet others have completely fallen apart. The system is really shaken and people cannot pay debt. Failure in a system to trace persons with debt, illicit and unmonitored cash flows out of an economy are among the reasons she mentioned that have caused the challenges faced by economies.

Prof. Waris encouraged tailor-making fiscal systems that are responsive to the needs of the people.

Professor Waris also spoke candidly on fiscal architecture and tax body.  She noted there have been calls on the need to set up intergovernmental tax body. The system is messy globally and it is not working. Regional blocks across the world have come together and banded for their purposes because they have lots of similarities; for example, The European Union and the African Union. These blocks come together because of geography but the whole purpose of coming together is a lot of shared similarity about being in the same geographical region. The unified states are able to make decisions as a block and the decisions tend to be much stronger because they have the buy of a huge group of countries. Blocks are very useful however the power dynamic in the world are quite unfortunate and it ties a lot with the history of taxation. The model double taxation agreement was developed in the 50’s and 60s’ and many African countries were not independent, they were colonies of an imperial state that was making decisions on their behalf within those treaties and conventions. After independence,  we adopted the agreements. Developing countries are scrambling to catch up. “We need a world that creates space for people to think differently and give different options but that space is not there. So anytime you want to talk about tax and tax treaty’s one has to reference the United Nations or the Organization for Economic Co-operation and Development  (OECD) models yet there are other models but the space to speak and discuss about those other models is not there” Prof. Waris noted.

The Professor also spoke on the relation between foreign debt and human rights. She noted foreign debt is important because it is a huge amount of money. In some countries every child is born with a huge debt but there are others where for every child born he/ she is a millionaire. This is because of how they manage their foreign debt, and how they invest their assets. In Kenya there is the road network being developed which is a fantastic decision for a foreign debt. These infrastructure debts help to jumpstart an economy. The civil and political rights that come with the ability to move faster, easier and quicker because of the infrastructure helps with your right to movement and it allows you more association. These are rights that start to come about with foreign debt related investments if they are done strategically.

Prof. Waris also touched on overtaxing which is a controversial phrase. There are 19.5 million registered Kenyans to vote but 7 million registered for tax. “There is no over taxation in Kenya when it comes to income tax”. She said.  Every person should pay income tax with the fairness of their ability to pay. When the system is not bolstered and it is not strong enough then the government is always looking for alternative ways to add income and they go straight to VAT.

Prof. Waris encouraged on the need for access to information especially financial information. She noted that she has presented a report that states specifically that there should be a debt and an interest freezing. There are ethical debts where there are no interests’ rates.  Countries need to use and adopt these alternative fiscal systems or debt systems which will have no interest rate at all. States that have good relations should be allowed to have such systems in place.

In conclusion, Prof. Waris spoke on minimum tax deal by OECD and its implications on developing countries. “It is a very dangerous thing to have minimum tax because it takes away tax sovereignty from a state because there will be no equality, or proportionality and equity. I am happy that Kenya and Nigeria are not part of it.”

She further noted that there are many laws that can be put in place to allow people to support the less fortunate in society. She urged governments to come up with pro-poor policies that will improve equality.  There must be constant reflection on policies on how to make peoples better and how to look after the vulnerable in the society.

The tax talk is part of the monthly tax talks that are hosted by the committee on fiscal  studies which is part of the university of Nairobi’s premier research department producing and leading on scholarship training and practice on fiscal law and policy issues in Africa and also beyond. Cfs.uonbi.ac.ke

END_OF_DOCUMENT_TOKEN_TO_BE_REPLACED 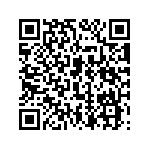