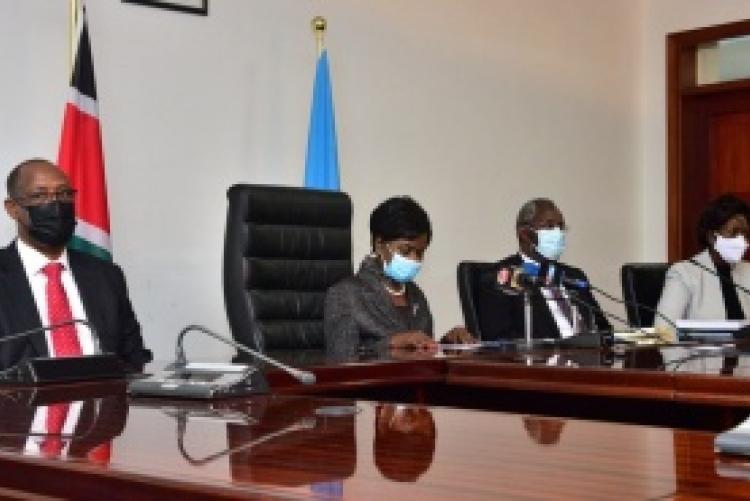 The University of Nairobi Council has outlined radical and unprecedented governance reforms including abolishment of offices, merger of functions and creation of new functions.

In a briefing to the media and UoN community, the Chairperson of Council, Prof. Julia Ojiambo announced that various offices have been abolished; functions merged and that new functional positions aligned to the core mandate of the university have been created.

“Some of the abolished positions are five Offices of the Deputy Vice-chancellors replaced by two positions of Associate Vice-chancellors,” revealed Prof. Ojiambo. “We have abolished all colleges and reorganized all functions around faculties which have been reduced to eleven to avoid duplication and functional overreach.”

Prof. Ojiambo announced that all positions of Principals and Deputy Principals have been abolished and their roles reorganized under new positions of Executive and Associate Deans to align resources to the faculties where teaching and learning take place.

“14 research institutes including KAVI, Wangari Maathai Institute for Peace and Environmental Studies (WMI), Institute of Development Studies (IDS) have been retained to continue generating knowledge for transformation of communities,” she added.

The new structure is informed by the centrality of teaching, research and innovations functions at the core of the UoN mandate. A robust ICT infrastructure alongside requisite investments, reinvestments, improvements and facility development aspirations under University Advancement are deemed critical components for delivery of teaching, research and innovation going forward.

“To keep the boat afloat, the administrative support services will be consolidated under various functions and respective professional heads all reporting to a Chief Operating Officer (COO) who directly answers to the Vice- chancellor,” announced Prof. Ojiambo.

“As a Council, we confirm that the exercise of implementing these and other reforms will endeavour to avoid unnecessary disruptions in service delivery and optimal deployment of resources available to the University.

Ultimately, the University of Nairobi and the country by extension, can only look forward to better times.

END_OF_DOCUMENT_TOKEN_TO_BE_REPLACED